Lahug has 443 hectares of land occupied by over 35,000 residents. It is one of Cebu City’s largest barangays, and home to many big businesses.

Cebu City is a highly urbanized city in the Cebu—a popular island province in the Philippines’ central Visayas region. As a city, Cebu is considered a center of business, finance, trade and education. Historically, Cebu is the country’s first settlement during the Spanish occupation, and was the first capital city. In fact, it is known as a ‘Fount of Christianity’ in this side of the world. Cebu is a main domestic shipping port and houses 80% of local shipping companies.

Cebu is also a major destination for business process outsourcing companies—a growing industry for the city. Cebu’s shipbuilding companies have made the country as the fourth largest shipbuilding country globally. But one of the truly promising industries in Cebu is real estate—with Corabes Tower a clear testament to this growth. When it comes retail, a go-to for Cebuanos is Ayala Center Cebu which is visited by over 100,000 patrons on peak days.

Aside from being a top destination for entrepreneurs, Cebu City is also a favorite go-to for tourists because of the cultural gem it has to offer. The city is known for Magellan’s Cross—erected by Ferdinand Magellan when he arrived in the Philippines in 1521. Presently housed in a chapel, the cross is a powerful symbol of Filipinos’ Catholic faith. Nearby is the Basilica Minore del Santo Niño also known as Church of the Holy Child. This is the first church to be established in Cebu, and it is built of hewn stone. Before it was declared a basilica in 1965, this was first an Augustinian church. It is also a historical site because it houses the figure of the Santo Niño de Cebu—the oldest relic in the Philippines. Another popular celebration in Cebu is the Sinulog Festival which happens every third Sunday of January. It honors the festival of Santo Niño, and is usually celebrated a dance ritual that resembles the current of the river, thus its name.

A must-see in Cebu is Colon Street—an iconic road which used to be the heart of the city’s business and lifestyle activities. Today, Colon serves as a transit point for public utility jeepneys plying the city.

Residents who love music will find that Cebu City is a haven for Original Pilipino Music. The Cebu Reggae Festival is one of the country’s biggest reggae festivals. Music lovers can also look forward to the Lifedance and Sinulog Invasion which are rave music festivals held before the actual Sinulog. Founded in 1980, the Cebu Pop Music Festival celebrates Cebuano language pop songs and is held annually.

When it comes to sports, Cebu has its own formidable collegiate league—the Cebu Schools Athletic Foundation. The city also has a thriving boxing scene. One of the more popular gyms is ALA Gym—based in Banilad district. For football fans, the Global Cebu Football Club plays home games at the Cebu City Sports Complex.

A major concern in choosing a home is proximity to schools, especially for parents with school-age children. Cebu City is not lacking in top academic institutions for students of all levels and ages.

The University of San Carlos has five campuses around the metropolitan area. The country’s premiere state university, University of the Philippines, has a campus in Cebu, located near Lahug. UP Cebu offers eight courses with plans for further development. Another known university in Cebu is the University of San Jose-Recoletos. Established in 1947, it is headed by Augustinian Recollects and has two campuses in the city. Cebu Normal University is a branch of the Philippine Normal School. For those who want to pursue courses in health sciences, the Cebu Doctor’s University is a top choice. It also offers senior high school.

In Banilad, there is the University of Cebu which offers courses in Information Technology, Hotel and Restaurant Management, Computer Engineering and Education, to name a few. Also located in the same area is University of the Visayas, the first school to be granted a university status. It offers basic education and tertiary courses including medical courses like nursing, dentistry, midwifery and pharmacy, among others. 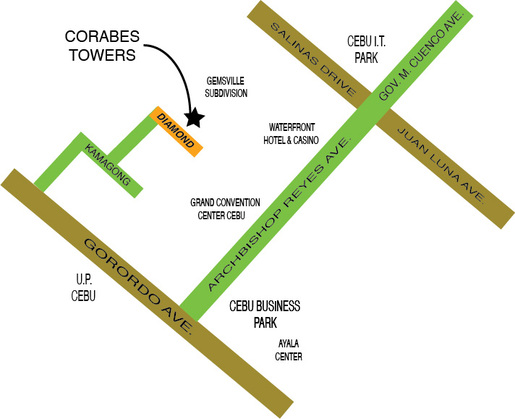